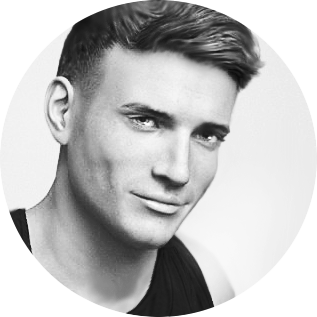 How it all Started

The Story of Sam and Milly

We all have had people in our lives who shaped us more than others.

One of the central figures in Sam’s life was his grandmother Milly.

He remembers her as a kind and patient woman who not only has always had a believable and most thrilling explanation for any of young Sam’s questions – but, more importantly, for being a person who has always taken the effort and time necessary to explain everything fit for a child’s mind and to follow up whenever following up deemed necessary.

And for this, he loved her dearly.

As a well-read and open-minded person, Milly struggled when, in later years, age took an ever growing toll on her hearing and eyesight, leading to an increasingly isolated life with fewer and fewer means to keep her independently informed and entertained.

Sam, a student of architecture at that time, made it a habit to compose and send his grandmother a weekly letter sharing his life and learnings in the form of word puzzles in increasingly large print.

Later, when his grandmother had to move to a retirement home and more and more of her acquaintances with similar fates begged him for additional puzzles, Sam began to compose word search games with less personal content that would be shared among Milly’s friends.

These puzzles in extra large print ended up becoming the first four books of this series.